Moles... Not the rodents but equally annoying engineering entities.

It is a number of atoms (or molecules) when the sum of the neutrons and protons in that particular atom (molecule) is numerically equal to the mass of that number of atoms.

Why no give real definition chem text books? That answer solves almost every single mystery surrounding moles, AMU, gm-mole, lb-mole and molar mass. AND it's not dependent on system of units.

There s a relationship between the mass and moles (number of basic building blocks of matter atoms, molecules ions etc..., identified as atoms for the sack of brevity ). Mass of the matter is related to the number of atoms by it's atomic weight. They never told you explicitly but the atomic weight is arbitrary assignment of only logical when considered relative to different types of molecules. Hydrogen has i proton (P) in it's nucleus and oxygen has total of 16 [8 N(Neutrons) + 8 P] making it 16 times as heavy as hydrogen atom. Now it doesn't matter how many number of oxygen atom you'll take, the total mass of oxygen atoms is always going to be 16 times heavier than the mass of the that many hydrogen atoms. Now they went ahead and mass of an single atom a new unit (Atomic mass unit) which is mass of a proton or neutron. So 1 AMU = mass of a proton/neutron. Now mass of the different are directly related to number of the Ns and Ps they have and are relative to each other.


In other words ratio of the masses of different elements is constant as long as the number of atoms are equal. or if we flip it back, the mass of a number of the atoms of different elements will be always related by the ratio of their atomic masses. So when mole was defined, it was nothing but the attempt o find x where the total mass of x atoms equals atomic mass of that element in grams. The reason behind the mole has the same number of atoms regardless of the element is because the elements mass are defined relative to each other where 1 atom of hydrogen weighs 1 amu arbitrarily and all other elements are integer multiples of hydrogen atom mass.


Now on Volume and moles:
The equal number of atoms of different gaseous atoms at same pressure and temperature will occupy the same volume. 1 mole of any gas at stp will always occupy 22.4 L of space.

Yay! You have something to say! I am all ears! 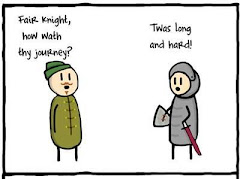 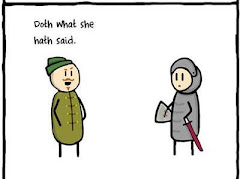 oi
ahh! you came here because of title?sorry! It's not TWSS jokes blog but random musings on topic that tickles my fancy. ok before you say it! that's what she said. If you get an impression that some of the entires are being spoken to you that is because they are. I started this blog sometime after I joined toastmasters (excellent club for improving speaking skills)and posted those speeches as my blog entires. oh and if you must know (you'd die otherwise) more about me, go here. Warning it's more than you'd ever want to know, in fact it's more than I want you to know. so usual liability warnings apply here.